Skip to content
Help! This Gamer Dad Man-Child Won’t Do Laundry & We Have Run Out of Insults
Opinion Piece

Help! This Gamer Dad Man-Child Won’t Do Laundry & We Have Run Out of Insults

by Sabrina Rojas Weiss via SheKnows How are all my fellow WFH parents doing today? Taking care of kids at home while working is just a walk in the part, isn’t it? We should probably all get second jobs just to fill our time when we’re not learning how to bake bread. Naturally, this dad who went on Reddit to complain about his wife nagging him […] 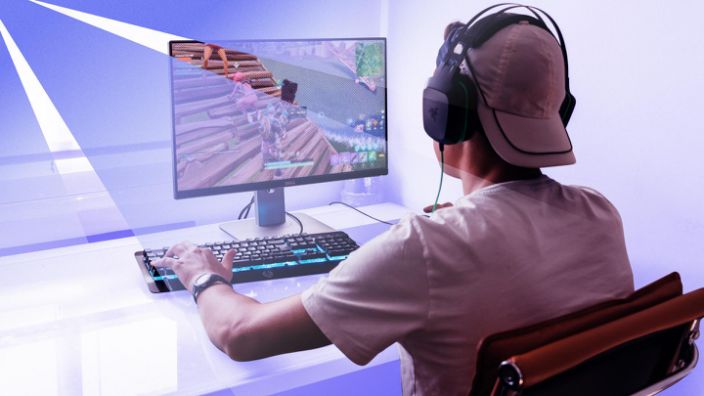 by Sabrina Rojas Weiss via SheKnows

How are all my fellow WFH parents doing today? Taking care of kids at home while working is just a walk in the part, isn’t it? We should probably all get second jobs just to fill our time when we’re not learning how to bake bread. Naturally, this dad who went on Reddit to complain about his wife nagging him to do the laundry when he really wants — nay, deserves — to play video games absolutely has our support, doesn’t he?

Kidding, in case your mind-numbing exhaustion has eliminated your ability to read sarcasm. We’re so amazed at the boldness of this man-child daring to ask if he’s the asshole in this scenario. While his wife works full-time from home and also takes care of their two children following stay-at-home orders, he works out of the home and says he is “physically tired when I get back.” The division of labor they agreed upon years ago is that he takes out the trash, cleans the bathrooms, and does the laundry; she cooks, does dishes, makes the beds, sweeps and mops, and has the minor duty of “keeping up with the kids.”

On the evening in question, the wife asked him to wash the towels, and he seemed to think there was no urgency in the matter. He takes his video games very seriously, and she should understand. Also, she should be grateful that gaming is his vice instead of cheating.

“It might not be that second, but I’ll get it done,” he explained of his laundry procrastination. “Especially since she’s been home all day, I didn’t think it’d be an issue for her if she did them. Tonight, I was on the game in the middle of a conversation with my buddies. She asked me again to take care of the towels and I simply told her, ‘I’m in the middle of a game.’ She took a towel from the washing machine, threw it at me, and stormed off, slamming a door. I said something along the lines of ‘You’re always bitching.’ ”

The fight escalated to the wife declaring she wants a divorce. Even after typing all of this out, the husband wonders if there is some other reason she might want out.

Dude’s gonna have a whole lot more time for gaming in his near future.

AITA for playing video games while my wife chooses to do house chores?

Throwaway as my wife is often on Reddit… Married for 4 years, 2 children. We always argue. We both work, but when I get home I’d like to be able…

I have scrolled through almost all of the 1,200 responses to this post, for which commenting is already closed, and I have yet to see a single person voting in his favor. Big surprise there. So, rather than recap any kind of debate, my service to you will be in the form of choosing some of the best insults hurled at him:

“The chores he has are the chores you give your 13-year-old who wants to earn a little pocket money.”

“Move back in with your mom if you want to be babied that badly. You obviously aren’t ready to live in the real world.”

“Not the asshole. I’d say you’re the soon-to-be-single man.”

“There are 171,476 words in the Oxford dictionary but that’s still not enough to describe what a huge gaping prolapsed anus you are.”

For a more cathartic laughs at this guy’s expense, head over to Reddit. Also, enjoy this past story of a husband who woke up in the wrong decade and doesn’t understand that men need to do housework.