by Dave Thier via Forbes We’ll be hearing more about the Xbox Scorpio this week. Rumors were swirling around yesterday, but now we’ve got some confirmation. Microsoft and Digital Foundry will be revealing the more powerful follow-up to the Xbox One on Thursday, where we can expect to get some concrete details on a machine that’s only existed in theory […] 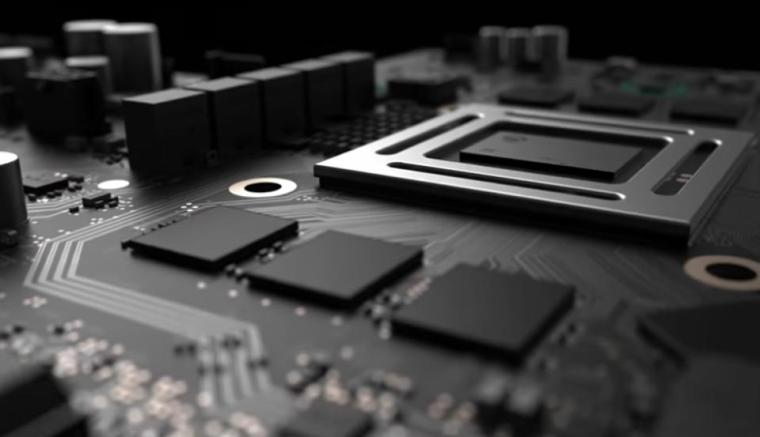 by Dave Thier via Forbes

We’ll be hearing more about the Xbox Scorpio this week. Rumors were swirling around yesterday, but now we’ve got some confirmation. Microsoft and Digital Foundry will be revealing the more powerful follow-up to the Xbox One on Thursday, where we can expect to get some concrete details on a machine that’s only existed in theory so far. It’s a big moment for Microsoft, which is trying to get out from the shadow of both the PS4 and it’s own early missteps with the Xbox One. Here’s the relevant tweet:

To clear up the speculation: @digitalfoundry will have an exclusive Xbox Scorpio reveal on @eurogamer this Thursday at 2pm UK / 6am Pacific.

For those that don’t know: Digital Foundry is a vertical on Eurogamer that gets into the nitty gritty of how graphics work across consoles and PC. It’s where writers review new PC hardware, compare graphics and performance across platforms, evaluate patches, and so on. Your average user can usually get the thrust of an article, but it also goes much deeper than your typical game blog. It’s a deeply technical place, with a whole lot of information on offer for those capable of digesting it. I consider myself informed, or at the very least more informed than the average customer about graphics hardware and capabilities, but a given Digital Foundry article might be 50 percent incomprehensible to me.

In short, Digital Foundry is a place for video game gearheads on the Internet, and that makes Microsoft’s choice to reveal there a very clear signal. The company has talked a lot in the past about how this is the most powerful console ever made, how it’s going to be geared to the gamer that wants the best, how it’s meant to run circles around the somewhat underwhelming PS4 Pro, and more. If anyone in the mainstream gaming media is equipped to evaluate that statement, it’s Digital Foundry. We can expect a reveal that’s more or less entirely focused on raw hardware, with a stronger emphasis on games and exclusives to come at E3. There’s a certain degree of confidence implied, as if Microsoft is calling in expert witnesses to evaluate its claims.

It’s a striking difference from the reveal of the Xbox One, which many criticized for paying little more than lip-service to the fact that the machine was, you know, a video game console, choosing instead to focus on entertainment options. We all know how that went: a combination of early messaging missteps, a high price point and underpowered hardware handed the console war to Sony, which continues to dominate with the PS4 line. We’ve always expected the Xbox Scorpio to take a hard turn away from that fateful press conference for the sole reason that Phil Spencer and co. have no interest in making the same mistake twice, but a Digital Foundry reveal gives us a stronger indication of where they’ll be going instead.

I’m still wary of the whole concept in general, just like I am about the PS4 Pro. But we’ll wait for more evaluation until Thursday: stay tuned.