Nintendo confirmed a new Switch ‘feature’ that has some gamers furious

by Zach Epstein via BGR News It’s not entirely a shock, but it’s still a bit surprising how universally positive the early response has been to the Nintendo Switch. After the travesty that was the Wii U, expectations for the Nintendo Switch were sky-high ahead of its release earlier this month. Despite very positive reports from earlier reviews like BGR’s own Nintendo Switch […] 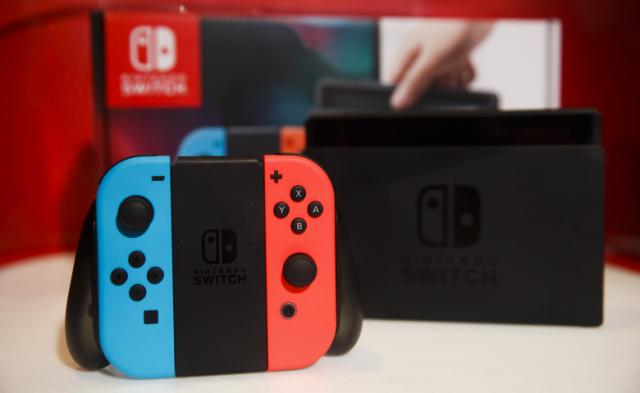 by Zach Epstein via BGR News

It’s not entirely a shock, but it’s still a bit surprising how universally positive the early response has been to the Nintendo Switch. After the travesty that was the Wii U, expectations for the Nintendo Switch were sky-high ahead of its release earlier this month. Despite very positive reports from earlier reviews like BGR’s own Nintendo Switch review that was published ahead of launch, the lack of available games at launch seemed like it might be a big problem for Nintendo, especially since the pain from the lack of top-tier Wii U games is still so fresh on everyone’s minds. But the novelty of the Switch’s hardware design and the incredible response to the new console’s first flagship game, The Legend of Zelda: Breath of the Wild, have been praised far and wide.

As positive as the response to Nintendo’s Switch console has been so far, there are still obviously a handful of complaints that people have about the system. Some are more serious than others, of course, but one in particular has some gamers absolutely furious.

Allow us to paint you a picture. You’re powering your way through Breath of the Wild. You’ve breezed through all of the shrines, you’ve gathered all sorts of powerful weapons, and you’ve spent countless hours exploring Hyrule and completing tasks as you go. Then, something happens to your Nintendo Switch console. Maybe something happened and it won’t turn on anymore. Maybe there was a manufacturing defect and you need to swap your system out for a new one.

No big deal, right? You’ll just grab your new console and pick up right where you left off, right? Wrong.

Nintendo has confirmed in the Nintendo Switch FAQ on its website that game save data cannot be transferred between systems. Period. Full stop. “On Nintendo Switch, game save data is stored on the console’s System Memory,” the website says. “This will not change whether downloadable software or software from a game card is being played.”

The FAQ continues, “Game save data cannot be saved or copied to a microSD card.” And as a nice little added jab, the site notes that if your internal store fills up and you no longer have any space to save game data, your only option will be to free up space using this procedure — you won’t be able to store any save data on a microSD card.

There is a tiny glimmer of hope that this terrible policy might change at some point in the future, however. Nintendo used the language “at this time” when explaining the policy to Kotaku, which implies that some day, this clear and obvious shortcoming may be addressed in some sort of system update. Maybe.