by Emily Kirkpatrick via People 2016 has taken yet another legend from us. After suffering a serious heart attack during a flight from London to Los Angeles on December 23, Carrie Fisher has died. But the iconic actress, who was never soft-spoken about her life and the things she believed in, leaves behind an enduring legacy that proved that princesses aren’t […] 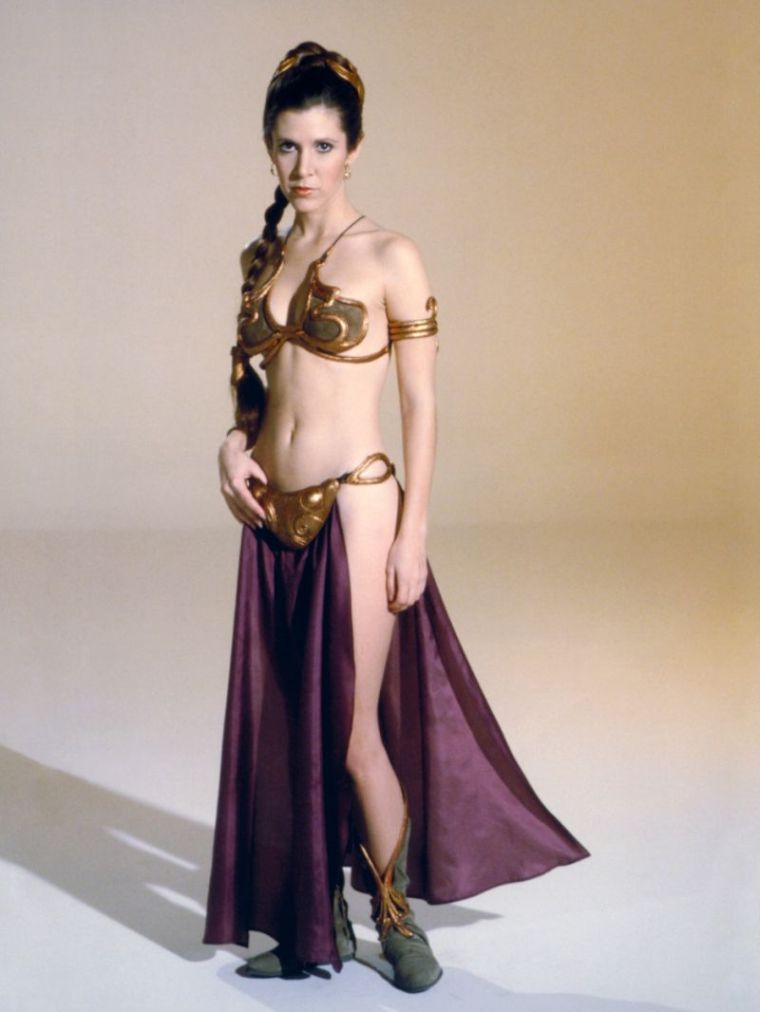 by Emily Kirkpatrick via People

2016 has taken yet another legend from us. After suffering a serious heart attack during a flight from London to Los Angeles on December 23, Carrie Fisher has died. But the iconic actress, who was never soft-spoken about her life and the things she believed in, leaves behind an enduring legacy that proved that princesses aren’t always damsels in distress, in fact, more often than not, they’re the heroes of their own stories.

While there’s a million reasons to love the unapologetically feminist actress who provided us with just as many quintessential pop culture moments, one that instantaneously found itself in the cinema history books is her appearance in Return of the Jedi wearing that famous metal bikini.

Though the gold two-piece has since found its way from Tatooine to a new home on planet Earth, being auctioned off in October for $96,000 as a part of the “Profiles of History” online auction, Fisher always had plenty to say about that particular “slave Leia” costume. The actress told People in 1983, that it wasn’t exactly the most comfortable ensemble she ever wore, explaining that, “I started checking for any bounce or slip after takes,” adding, “It was, ‘CUT. Hey, how they doin’? The hooters in place?’”

And while that moment may be a fan favorite, she told NPR in an interview, that for her that scene, “was like, ‘Where am I in all of this?’ … I have to stay with the slug with the big tongue! Nearly naked, which is not a style choice for me. … It wasn’t my choice. When showed me the outfit, I thought he was kidding and it made me very nervous. I had to sit very straight because I couldn’t have lines on my sides, like little creases. No creases were allowed, so I had to sit very, very rigid straight.”

But in the end it all paid off, she says, because, “What redeems it is I get to kill him, which was so enjoyable. … I sawed his neck off with that chain that I killed him with. I really relished that because I hated wearing that outfit and sitting there rigid straight, and I couldn’t wait to kill him.”

In a dual interview with Interview Magazine, Fisher also told new Star Wars actress Daisy Ridley not to settle for simply being a sex symbol. “You should fight for your outfit,” she warned. “Don’t be a slave like I was.”

And in the end, per her book Wishful Drinking, the actress had just one wish for her obituary, that it read, “I drowned in moonlight, strangled by my own bra.”