by UPROXX via Yahoo News Suicide Squad opened last weekend, breaking records for an August release, but at least one guy and his brother (who is a lawyer) are so mad about the movie they intend to sue. Their complaint comes down to noted edgelord Jared Leto being barely in the film despite all the deleted scenes used for the […] 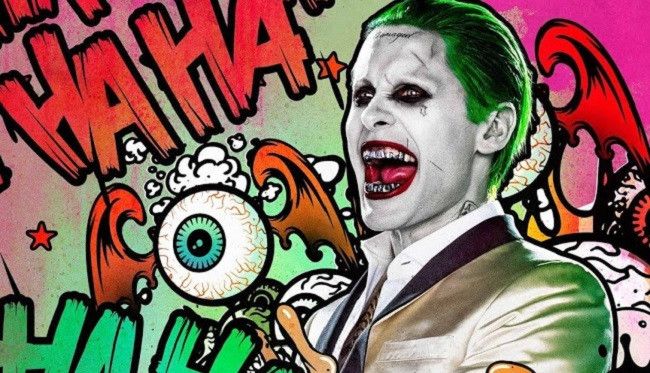 by UPROXX via Yahoo News

Suicide Squad opened last weekend, breaking records for an August release, but at least one guy and his brother (who is a lawyer) are so mad about the movie they intend to sue. Their complaint comes down to noted edgelord Jared Leto being barely in the film despite all the deleted scenes used for the trailers. Using deleted scenes to spice up a trailer is nothing new, although some movies like Fantastic Four have come under fire for the practice. And now — if Redditor “BlackPanther2016” isn’t just an elaborate ruse — this trailer practice may earn a silly lawsuit for “false advertising” in the U.K. court system.

This guy claims his case has already been accepted by the court and goes forward this Thursday. “My brother (who is a lawyer) and I are going to sue WB and DC for false advertising, misleading visual images and gaining a profit from us and millions others due to these acts,” he claims. Then he goes on a rant in which he claims he had to drive 300 miles [Not kilometers? Hmmm…] to London from Scotland to see the movie and that the employees of the theater laughed at him (causing “trauma”) when he asked for a refund. Oh, you sweet baby angel.

Here’s the full long-winded thing, which we hope is a joke but fear may not be:

Movie Trailers are like food menus, they give you a preview of what your gonna get. If you look at a McDonald’s menu and you choose to get your favourite burger, presented/showcased in a nice picture with pickles, chicken, mild cheese(you’re favourite, in-fact…that’s the only reason you’re getting this burger…because you love mild cheese). So you use your hard worked money to pay for this burger, you get the burger, but only to find out that…this isn’t the burger you ordered. Yes it has pickles and chicken…but…it doesn’t have mild cheese…it has regular cheese.

Suicide Squad trailers showcased several SPECIFIC Joker scenes that I had to pay for the whole movie just so that I can go watch those SPECIFIC SCENES that WB/DC had advertised in their trailers and TV spots. These scenes are: When Joker banged his head on his car window, when Joker says, ”let me show you my toys”, when Joker punchs the roof of his car, when Joker drops a bomb with his face all messed up and says, ”BYE BYE!”. Non of these scenes were in the movie. I drove 300 miles to London to go watch these specific scenes they had explicitly advertised in their TV ads…and they didn’t show them to me. Adding to this, they were also 2 specific Katana scenes they advertised that were also the reason I wanted to go watch the movie. These scenes were: Katana’s eyes going black, and a slow motion shot of her and her sword taking souls…in a smokey kind of style. These scenes were advertised several times in the 1st trailer and many TV ads…but they didn’t show it to me in the movie. I wasted alot of money paying and travelling to go watch this movie because of these specific scenes they had advertised to me and all of us saying, ”hey, check out our preview! this will all be in our movie, come watch it on the 5th!!”. All lies. I told the theatre about this unjust act and said I didn’t get what I came here to see…can I have my money back. They laughed at me and kicked me out. So I’m now taking this to court. I want my refund, the trauma of being embarrassed as I was being kicked out and people laughing at me for wanting my refund, and also the 160 pounds of fuel money I used to drive to London from Scotland.

If you advertise something…give me what you have advertised. Period. This is becoming a habbit with movie studios, showing epic scenes in trailers…but their never shown in the movies. It’s unjust.

I just want to say, join me if you feel the same way. Let’s stop this nonsense of false bullsh*tery…and don’t let them bribe you with their ”deluxe premium special directors gold extended edition supreme cut” nonsense. You should get what they advertised as their first theatre showing and what you have paid for based on what they have showed you in their advertisements.

Instead of going out to complain he should have stuck around for all that free popcorn. Also should have learned the difference between “your” and “you’re”. Oh no, am I going to get sued for causing him trauma by saying that? (Why so serious?)

Let’s take everyone who wants to sue over not enjoying the movie and have them brawl with anyone who earnestly signed the petition to shut down Rotten Tomatoes over bad Suicide Squad reviews. Perhaps we could bet on our favorite side and call them some sort of, I don’t know, kamikaze squad?