by Lateshia Beachum via The Washington Post Daniel Zeitz listed his PlayStation 4 for $280 on Craigslist. He had three names of potential buyers to choose from, and he chose one. The avid gamer who was part of a professional gaming team would meet his potential buyer in the parking lot of his Roswell, Ga., apartment building to complete the […]

Daniel Zeitz listed his PlayStation 4 for $280 on Craigslist.

He had three names of potential buyers to choose from, and he chose one. The avid gamer who was part of a professional gaming team would meet his potential buyer in the parking lot of his Roswell, Ga., apartment building to complete the deal.

On a September evening in 2014, he approached a car with a young man in the front seat, his teenage girlfriend in the passenger’s seat and a 16-month old baby in the backseat.

When Zeitz showed the gaming console to the young man, he tried to yank the machine into the car. Zeitz struggled to hold on to the PlayStation. That fight against being robbed in front of his own home led the teenage girl to reach between her legs to grab a .25 caliber handgun. She fired a shot, and the bullet pierced through her boyfriend’s hand before finding a mortal spot in the side of Zeitz’s chest.

That night is the reason why Daniel Zeitz is dead. It’s also the reason why that girl, Kayla Dixon, 18, was sentenced to 40 years in prison as part of a plea deal on Monday.

Monday was supposed to be the first day of her trial for her role in the murder of Zeitz, according to WSB-TV. Just as jury selection was about to begin, she accepted a plea and gave a prepared apology to Zeitz’s family.

“I would trade anything, almost anything, to bring Daniel back. But I know I can’t,” Dixon said with a crackling voice, but no visible tears. “I know he had plans. I wish I could tell him I’m so, so sorry that this happened, but I can’t.”

She said she sits in her cell every day thinking about that night.

The night she shot Zeitz, she and her boyfriend, Nathaniel Vivian, went to a local hospital initially claiming that he had been a victim of a crime as an excuse for the wound in his hand. Vivian later admitted to authorities at the hospital what he and Dixon had done, according to The Atlanta Journal Constitution. 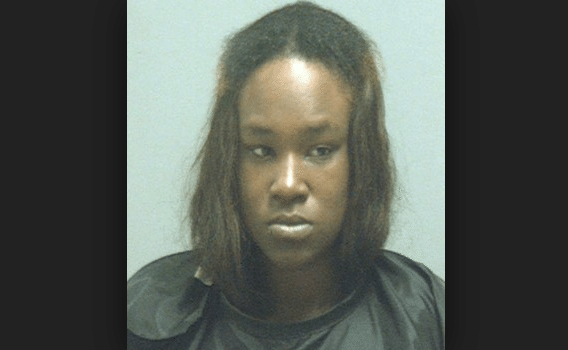 It was later revealed that the pair had researched how to rob someone. David Lapides, a detective in the case, testified that Dixon and Vivian used their cell phones to plan the robbery and their computers to scheme how to execute one, according to the Atlanta Journal Constitution.

“There were numerous text messages between Dixon and Vivian discussing plans to rob someone,” he said. “They discussed getting the address. How they wanted to do it — come at him with the gun (or) surprise him and catch him when he came outside. Go inside the apartment. These messages went back and forth for a while.”

Dixon’s baby was taken away and given to relatives, and Dixon was eventually tried as an adult.

On Monday, her lawyer, Leah Abbasi, shared with the judge that Dixon had a troubled childhood that consisted of rape and relationships with men who were involved in illegal dealings. Abbasi said that her client’s past doesn’t excuse what’s happened, but that it might provide an explanation for why Dixon is where she is now.

“At first I didn’t want to accept her apology. I thought her apology today was very heartfelt and I feel like she is truly sorry for what happened,” she told Petchenik.  “It’s just a crime that young people can get caught in these situations because of the examples they’d had in their lives.”

Zeitz’s father told the same reporter that he hopes the tragedy stays with Dixon so that she can become a better person once she’s released.

Vivian will face trial later this summer. According to WSB-TV, Dixon is willing to testify against him if she’s asked.

Zeitz’s life inspired a short documentary called “Level Up,” which was part of the 2014 Fusion Doc Challenge, a film-making competition where creators make four to seven minute documentaries with a five-day limit. The documentary placed in the top 20 and ranked in first place internationally. The film documented what was left in the wake of his murder for his family and his friends in the gaming community.

Zeitz would have celebrated his 30th birthday next month.

Visit our Partner Website at http://www.trade4cash.com/video-games.html and use our Official Promotion Code “gamersoutpost” at checkout for huge cashback rewards!