The Powerful PlayStation Neo Has A Release Date

by William Usher via CinemaBlend Word has been spreading rapidly that the next PlayStation console called the “Neo” will be releasing this year. The home console will supposedly be designed to take advantage of 4K gaming and virtual reality support for the upcoming PlayStation VR, and it’s rumored to be out this November. Gamespot picked up the news from Eurogamer, […] 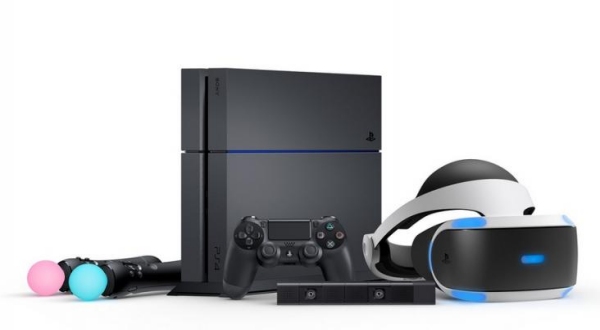 by William Usher via CinemaBlend

Word has been spreading rapidly that the next PlayStation console called the “Neo” will be releasing this year. The home console will supposedly be designed to take advantage of 4K gaming and virtual reality support for the upcoming PlayStation VR, and it’s rumored to be out this November.

Gamespot picked up the news from Eurogamer, where Digital Foundry’s engineering expert, Richard Leadbetter, did a detailed report on the state of the PlayStation Neo and Xbox Scorpio, making some very cogent points about the race for 4K and the hardware limitations that come with it. Leadbetter rounded out the piece writing.

Several sources have indicated to me that PlayStation Neo launches this year, despite its E3 no-show. If that is the case, it’ll be interesting to see how developers utilise its resources, and whether 4K really is the focus.

Pointing to a late 2016 release for the launch of the PlayStation Neo is an interesting tidbit of information that’s bound to light up the internet.

However, anyone who has been following the trends of 4K benchmarking knows that the specs for the PlayStation Neo and Xbox Scorpio just don’t come close enough to run AAA games on max settings at 4K. The Eurogamer article from Leadbetter says as much. What Leadbetter does point out is that, instead of gunning for 4K, the Scorpio and Neo could be used to make bigger and better games at 1080p and 60fps, which would be the more ideal solution.

4K is still a niche enthusiast pursuit, and Sony and Microsoft gunning for that benchmark would be like going from a production Sedan to a Ferrari, completely skipping over the town car.

More realistically, if what Leadbetter was told about the PlayStation Neo launching this November globally is true, then Sony is basically banking on the system being a supplement for their PlayStation VR endeavors as opposed to ushering in 4K gaming on home consoles. As we previously reported, there were multiple reports of people getting sick and suffering from simulator nausea from the Resident Evil 7 demo due to frame drops and a lack of consistency with the supposed 60 frames per second standard.

Sony would absolutely need to get the PlayStation Neo out as soon as possible to protect the image of the PlayStation VR, especially if the reports are true that the PS4 is struggling to run VR titles at 60fps.

The real question of course is how much the PlayStation Neo will cost? The Eurogamer article doesn’t say and Sony skipped on unveiling the console at their press conference during this year’s E3 festivities. Some are expecting Sony to use GamesCom in Cologne, Germany or the Tokyo Game Show in Tokyo, Japan to announce the PlayStation Neo, which would include pricing details and a more narrowed down release date. It’s also been suggested that Sony might unveil the PS Neo at a special event dedicated entirely to the new console, similar to what they did when they announced the PlayStation 4.

We’ll have to wait and see how this all turns out and if Sony will stick with releasing the PlayStation Neo this fall. The fact that they delayed the announcement of the console during this year’s E3 after Microsoft doubled down and unveiled the Xbox Scorpio, doesn’t bode entirely well for how confident they are in the product. However, if it’s enough to get their VR endeavors off the ground then it may be enough… for now.

Visit our Partner Website at http://www.trade4cash.com/video-games.htmland use our Official Promotion Code “gamersoutpost” at checkout for huge cashback rewards!