by Josh Horwitz via Quartz Yesterday in Beijing Wang Feng, the CEO of Chinese gaming startup Fuze, took to the stage at a press conference to proudly unveil his venture’s newest product—a home video game console called the Tomahawk F1.  Like many CEOs with products that compete against established foreign brands, Wang was quick to play up the device’s unveiling […] 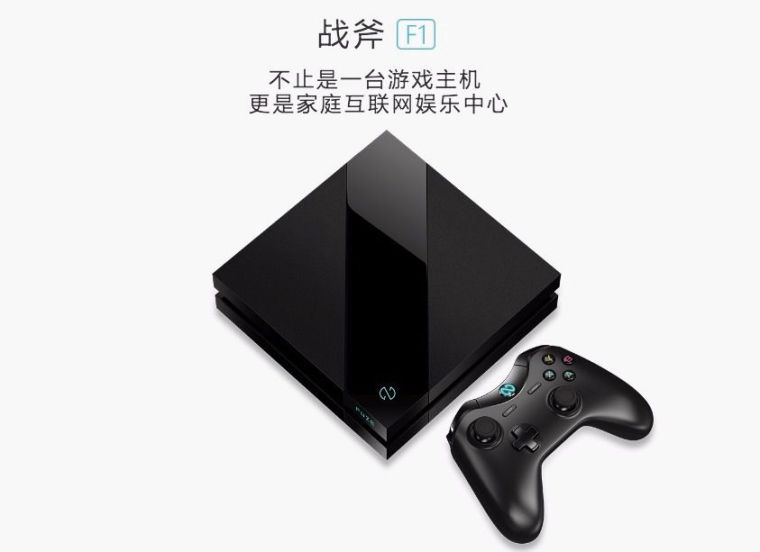 by Josh Horwitz via Quartz

Like many CEOs with products that compete against established foreign brands, Wang was quick to play up the device’s unveiling as a watershed moment in China’s tech industry, which has yet to see a domestic console pose a significant challenge to the likes of Sony and Microsoft.

“When will China’s games market—especially high-resolution consoles and high-performance consoles, the best products [out there]—be taken over by Chinese businesses?” Wang asked the audience (link in Chinese).

There’s some irony to Wang’s ambitions. His company’s console bears a striking resemblance to both Sony’s PlayStation 4 and Microsoft’s Xbox One. As Kotaku points out, the controller for the Tomahawk F1 resembles the Xbox One’s, right down to the button layout and overall shape.

The software design harkens back to the PlayStation. Blogger and analyst ZhugeEx noted that many of the features of Fuze’s Android-based operating system have direct analogs on the PS4:

“It’s clear that the company have pretty much ripped off the design rather than creating their own unique take,” he writes. “It’s very much a complete copy with the home page having the exact same social and news features that the PS4 home page does, even the game store looks exactly the same with all the text and other interfaces in the exact place you’d find it on PS4.”

Quartz reached out to Fuze spokesperson Du Qingyang with questions about the design similarities, but did not receive a response.

Copy at your own risk

Aping the branding and design choices of well-established competitors is lamentably commonplace in China. In recent weeks one Chinese film company made headlines with ham-fisted attempts to ape Disney’sZootopia poster, and an apparel maker came under fire for copying Under Armour’s logo.

For those who want to see more innovative products coming from China, Fuze’s design decisions sting in particular because they mark a missed opportunity to create something original.

After a longtime ban on game consoles, China legalized the domestic sale and manufacture of the devices in early 2014. Sony and Microsoft soon offered the PS4 and Xbox One, respectively, to the domestic audience. Legacy Chinese tech firms—including Huawei and Tencent—also released home video game consoles. But those typically were little more than projectors for big-screen Android gaming, which were unlikely to appeal to hardcore gamers.

A few years ago Fuze launched as a startup willing to enter China’s console market in earnest. Backed with money from high-profile venture capital firms, it billed itself as a Chinese competitor focused on gaming experiences that could rival Sony’s and Microsoft’s, while still running on Android software. It would optimize high-quality games for home use, and also work with publishers and developers to make the best Xbox and PlayStation titles compatible as well.

But excitement over Fuze has already cooled since the product details were announced yesterday. Priced at 899 yuan ($138) for the basic version, the device is less than half the cost of an Xbox One or a PS4—which will only fuel detractors arguing it’s a “cheap knockoff.” Its game catalog looks to be wider than those consoles, but that’s mostly due to its Android-based operating system, which allows for the easy import of mobile games.

The company has already taken a merciless beating from commentators. Under its product announcement on Weibo (akin to Twitter), many gamers expressed their disappointment (link in Chinese) at the company for shamelessly aping Sony and Microsoft designs.

“As a serious gamer, when I see you compare yourselves to the three big console makers, I sense a lot of lofty ambitions,” one wrote. “But what I want to know is, do you really want to make a high-quality console? Or do you just want to take advantage of consoles [being hot] to make a quick buck and run off?”

Others were more sarcastic:

“Good luck! After looking at this product, I feel like even I can make a console—all I need to do is brag about how hard-working I am, con a few investors, and copy other consoles.”