Xbox One’s Backward Compatibility Surprised Sony As Much As Anyone

by Paul Tassi In 2013, Sony took to the E3 stage to announce that not only would the PS4 not rely on a constant internet connection, not be inextractible from a motion control peripheral, and actually play used games, it would also be priced $400, a hundred less than the Xbox One which had just debuted with all of the […]

In 2013, Sony took to the E3 stage to announce that not only would the PS4 not rely on a constant internet connection, not be inextractible from a motion control peripheral, and actually play used games, it would also be priced $400, a hundred less than the Xbox One which had just debuted with all of the aforementioned baggage. But in 2015, it was Microsoft MSFT -1.28%’s turn to throw Sony for a loop by announcing that the Xbox One would be backwards compatible with the Xbox 360.

I wouldn’t say that the two are quite on the same level in regards to surprise hardware announcements, as Sony’s blow was so savage and deep the Xbox One is still trying to recover, but the One’s new backward compatibility was one of the only significant hardware stories of this year’s event, and clearly threw Sony for a loop, as evidenced by a Eurogamer interview with Shuhei Yoshida.

“I didn’t think it was possible,” Yoshida said. “There must be lots of engineering effort.”

He’s also a little skeptical about how it might work in practice.

“They talked about 100 games, but what kind of games will be included? Is it smaller games or big games? We don’t know.”

Right now, Microsoft is having fans vote on which games they want to see supported the most, as the system works on a case by case basis to ensure whatever architecture the old game was built on can now fit into the new system.

This week, I wrote that we would likely never see backwards compatibility for the PS4, with the main reason being that Sony has invested a ton into PlayStation Now, their game-streaming service which streams all manner of old Sony titles for a rental fee. Suddenly allowing the PS4 to play old games would negate a huge part of the reason anyone would bother to use the service, if they have a reasonably sized past-gen games library. 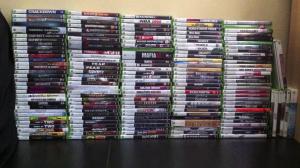 While Yoshida confirms that PS4 will likely not see backward compatibility any time soon, if ever, he instead cites technical reasons. “PS3 is such a unique architecture, and some games made use of SPUs very well,” he says. “It’s going to be super challenging to do so. I never say never, but we have no plans.”

I think this entire affair has been kind of a masterful move by Microsoft as a way to try and claw their way back to even ground with Sony after the PS4 took off like a rocket. I’m sure that while there are technical issues currently preventing the PS4 from playing older games, those issues were likely also in place for the Xbox One. Only Microsoft clearly deduced that it would be a worthwhile investment to try and crack that riddle, knowing that Sony would be thinking that the debate was over and done and both the PS4 and the Xbox One agreed that backwards compatibility was simply not happening this generation.

Now, Microsoft gets to spring this on them out of nowhere as a not-insignificant selling point for the Xbox One, which is increasingly valuable the more similar the consoles have become to one another since launch. Tell one prospective consumer that one system plays their entire existing library of games, while the other forces you to rent them from a streaming service can be a pretty compelling argument. Probably not enough to turn the entire tide of the console wars, but few can dispute it’s a solid benefit all the same.

This now puts Sony in an awkward position as they wonder how or if they should answer this. Do they spend Microsoft-level resources investigating how to make the PS4 backwards compatible? Do they do this knowing that it could potentially damage PlayStation Now, which has already been struggling to find its footing? I don’t think so.

As I said previously, Sony is still far enough in the lead where the Xbox One’s newfound backwards compatibility is probably not enough to pose a significant threat. As cool as the feature may be, it is a relatively small number of users who will actually use it when they get immersed in the next console generation. Having backwards compatibility at launch is a pretty significant bonus because it’s so new into the console’s lifecycle and there aren’t many games to play. But now? If someone gets a new system, they may play older games from time to time, but we’re now at a point two years into this new generation where there are plenty of PS4/Xbox One must-play titles to choose from.

So while Sony was as surprised as any of us about this development, it’s not something that necessarily has to send them reeling either.