by Ryan Martinez Transgender game developer Rachel Bryk was told by cyber bullies to jump off a bridge, in the end that’s what she decided to do. It’s a sad time for the gaming industry as it loses a creative young game developer to suicide. Rachel Bryk, 23, was a prominent transgender developer who was best known for her work […] 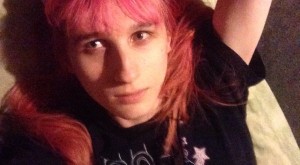 Transgender game developer Rachel Bryk was told by cyber bullies to jump off a bridge, in the end that’s what she decided to do.

It’s a sad time for the gaming industry as it loses a creative young game developer to suicide. Rachel Bryk, 23, was a prominent transgender developer who was best known for her work on Gamecube and Wii emulators. Years before she dived into development work and joined all the communities involved in it, however, she had suffered from low self esteem and chronic pain. Those problems only grew worse after joining the only game development community where she was subject to constant harassment.

As many people know being gay or transgender in the gaming community can make you a major target for trolls and cyber bullies. Rachel Bryk was no exception, for months now cyber bullies told the young developer that she should jump from a bridge. On April 23, after months of this severe bullying Bryk jumped from the Washington Bridge in New York. Only weeks after posting on a 4chan VG that she would be leaving a number of online communities because of their treatment.

That post was also met with a wall of hateful message telling Bryk that she should commit suicide. Now as news of her death spreads scores of other game communities, like the one centered around the Dolphin emulator, mourn her loss. Memorials have appeared all across the internet to remember Bryk and the contributions she made to the emulators she loved.That outpouring of sadness at her loss has sparked a new discussion in the gaming world about homophobia and transphobia.

The strongest voices in that new conversation are the people she worked with on the Dolphin emulator. Rachel Bryk was an important name to anyone who closely follows Dolphin and her presence is already being sorely missed there:

“She was a very kind and helpful person, one of many to help guide me through the project when I first started to contribute to the program. Her contributions to both the TAS and Dolphin Emulator community were vast, adding multiple helpful and sorely needed tools to make Dolphin easier to TAS. Although I did not know her as long as the others, I know she will surely be missed by all of those who knew her.”

In memory of Rachel, here she is playing the hell out of her favorite game: Pucca’s Kisses Game.