Game players are failing in our duty to be evil

by Colin Campbell Most game players find evil paths in narrative games a big turn-off. Overwhelmingly, they follow “good” paths as the default option. Statistics presented by Microsoft technical evangelist Amanda Lange at GDC today showed that, in narrative games where “good” and “evil” were clearly defined as story paths, only 5 percent of players opted for “evil” on a […] 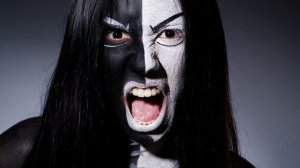 Statistics presented by Microsoft technical evangelist Amanda Lange at GDC today showed that, in narrative games where “good” and “evil” were clearly defined as story paths, only 5 percent of players opted for “evil” on a first play-through. The number jumped to around 50 percent on a second run.

In her presentation, “Beyond Binary Choices: How Players Engage With Morality,” Lange showed a series of stats based on in-game achievements and path data. In Infamous, for example, 95 percent of players who completed the game reached the “good” ending while the number who saw the “evil” ending was 65 percent, most of whom, she surmised, probably saw it on a second play.

Lange described herself as a player who enjoys the “identity tourism” of experimenting with morality and identity in games. But based on research she conducted via online polls, she found that most players tended toward making in-game choices the way they might in real life.

This raises an important question for creators of narrative games. If players are not attracted to evil paths, what is the point of them as anything other than added content for subsequent play-throughs?

Some of the answers came through her research. Many respondents said that being evil for its own sake is not attractive, that it needs to come with specific rewards or, at least, a level of ambiguity. Players are more likely to “press the red evil button” if they are in situations where they are trying to impress a specific in-game character or faction.

Players will do unspeakable things to NPCs in open-world situations, but in narrative sequences, they are much more squeamish. Notorious examples include the Grand Theft Auto 5 torture scene and the “No Russian” scene in Call of Duty: Modern Warfare 2, during which innocent civilians are gunned down. Many players reported finding these scenes distressing and uncomfortable.

I want to push the evil button and see what happens

She described these examples as good design, in that they achieved a lot of publicity, but they asked players to do things that they hated doing (No Russian was skippable). For Lange, this tendency to turn away from evil in games is strange. “I always play the bad guy,” she said. “I want to push the evil button and see what happens.”

She used Paarthurnax, the good dragon in Skyrim, as an example. She killed the dragon and enjoyed a lot of gated content as a result, but most players did not. The same with Skyrim‘s “Dark Brotherhood” quest, which she said was the best quest in the game, unseen by many players.

So what is the lesson for game designers who create “evil” narrative paths, and want players to experience those stories as viable first-play options? She said that presenting pure evil without context is a bad idea, because most people find the concept off-putting. Adding friction to evil is counter-productive. Evil should come with its own risks and rewards, as it (mostly) does in real life.

“People love to have their emotional boundaries tested,” she concluded, adding that evil paths can create the most interesting moral problems.