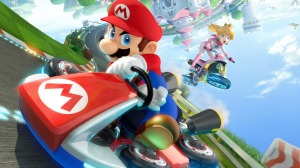 Thirty years after the debut of the NES, Nintendo still finds themselves as a leader in the video game industry. That’s an unprecedented position to be in, as all Nintendo’s rivals have fallen to their might, and stranger still, Nintendo persists in being the “model” example of many of the best practices of the industry.

DLC has been a huge topic of debate for years now in the industry, with players constantly feeling overcharged or ripped off for content they expected to be in the game in the first place. Nintendo resisted putting DLC in their games at all for years, but now that they have, they’ve shown everyone else what substantive, fairly-priced DLC should look like. Their packs for Mario Kart 8 and Hyrule Warriors are incredibly well-made and offer a huge host of maps, characters, items and more for a below-average price of around $12. Only Nintendo could take a first crack at something like DLC, and end up knocking it out of the park.

Past that, I recently wrote an article detailing the persistent problem that Microsoft and Sony are both having to deal with in this current console generation. Both the Xbox One and the PS4 have a distinct lack of good exclusive games. The piece was inspired by the recent lackluster release of The Order: 1886 on PS4, but the trend has continued since launch, and includes Xbox One as well. The two systems have precious few worthwhile exclusives, with all their best games being third party releases. Of course, Nintendo is the exception once again, as it dominated 2014 in terms of high quality exclusives from Mario Kart 8 to Super Smash Bros. Wii U to Bayonetta 2. In an age where Sony and Microsoft are losing their footing when it comes to first party hits, Nintendo is as strong as ever.

And lastly, yesterday I published a lengthy piece detailing the struggle to get AAA game pricing down to $40 for shorter games like multiplayer-only Evolve and single player-only The Order. I said that right now that $40 price point doesn’t really exist, and then I was promptly corrected when readers reminded me that Nintendo prices some console games at $40, and most of their 3DS games are that price as well. Nintendo even has mastered nuances of the industry I didn’t even know about.

All this is to say that Nintendo has the potential to be in a dominating position in the market, and yet as we all know, they’re lagging far behind. They constantly miss their sales projections, and now the Wii U is officially the slowest selling major Nintendo console of all time. With so much going for them, the world would seem to be Nintendo’s, but what’s preventing them from taking the crown?

If I had to sum up Nintendo’s central problem in one idea, it’s that they are failing to modernize. That manifests itself in a few different ways, all of which are bringing the company down as a whole.

Many of the minor ways Nintendo resists modernization are evident recently, like how a lack of a unified account system makes transferring games between systems cumbersome for Nintendo fans. Or how Nintendo’s apparent fear and misunderstanding of YouTube has caused them to try and negotiate a contract with video content creators that’s far more controlling and overreaching than any other in the industry.

But above all else, Nintendo’s failure to modernize comes down to a much more tangible problem, their hardware. It’s why the Wii U has struggled so much as of late, and before that, why the Wii burned so many bridges, despite being a worldwide phenomenon among non-gamers.

Though Nintendo has never relied much on multiplatform third party support for games, and have been content to let their own games be their brightest sales stars, times have changed. Though Nintendo still makes great games, so do third party publishers. The problem is that Nintendo has now gotten to a point where they practically have no third party support at all. After anemic sales on the Wii and then the Wii U, many of the biggest developers have abandoned Nintendo entirely. Worldwide hits like Activision’s Call of Duty and EA’s Madden are no longer released for the Wii U. Ubisoft, after disappointments like ZombiU and hardships like the Wii U port of Watch Dogs, has announced that they will no longer make “adult” games for the system. That was demonstrated this year as they released both a new-gen Assassin’s Creed (Unity) and a last-gen one (Rogue) and somehow neither came out for the Wii U.

All the biggest third party hits of 2014 were nowhere to be found on the Wii U, from Dragon Age to Far Cry to Mordor to Destiny. Sony and Microsoft may not have produced more than one memorable exclusive each during the year, but both of them had the distinct advantage of having all these games in their roster while Nintendo had none.

All of this comes down to their hardware, both in terms of power and concept. Nintendo has struggle painfully getting their hardware to match whatever the current standard is set by their console rivals. They previously bemoaned trying to make the leap to HD in an era where their competitors had crossed that bridge years earlier. The result was the Wii with last-gen capabilities in the era of the Xbox 360 and PS3, and now we have Nintendo finally catching up to those systems, but now once again the industry have moved on to the Xbox One and PS4.

Every time this issues comes up, fans will bemoan the fact that “better graphics don’t make better games.” That’s largely true, and yet that isn’t the issue here at all. By designing a system without the capability to play these modern games that use more powerful engines, Nintendo is slamming the door in the faces of countless hit titles. Combine that with Nintendo’s recent need to have some sort of gameplay gimmick as a core part of their new systems, either the Wiimote waggle or now the Gamepad’s second screen, and developing for them is just too exhausting to bother with. Many developers learned that the hard way for the Wii, a huge-selling console, and now they’re far less motivated to even try for the Wii U, which has only sold a fraction of the amount of its predecessor. 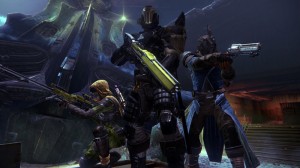 But this is what’s so frustrating about the situation. If Nintendo could field a truly modern console, they could run the table on the Xbox One and PS4. They have far and away the best first party exclusive line-up out there, including 2-4 of the best games of the year in any given year. They would be an absolute powerhouse if they had access to the other seven games that make up yearly top ten lists. And yet, their inability or lack of desire to keep up technologically with their competition has made them fall far behind instead.

So what to do? Ignoring the much-hated suggestion of Nintendo getting out of hardware entirely and focusing on games, they need to produce a console that catches up or surpasses the current generation in terms of power, during that generation, not afterward. They need to allow their games to be played with a normal controller, and not invent a new gimmick as the focal point of the system, only to end up rarely using it at all.

Though this would have been great advice four years ago, I have to wonder if it’s even possible now. It does seem likely that Nintendo will be the next of the big three to come out with new console hardware, given that the Wii U is older than the other two and Nintendo has already admitted they’re working on something new. And yet, it’s hard to know if A) they’re up to the challenge of making the kind of system they need to and B) if a mid-generation release would be a hit or a disaster.

For a decade now, Nintendo has shown that they just do not have the capacity to match the technical capabilities of their competition for whatever reason. It’s hard to understand how at this point they could just flip some magic switch and produce a console to rival the PS4/One. If they do, it seems like it would take long enough to develop that by the time it does come out, the cycle has begun again.

Secondly, if Nintendo did release a new console, a powerful one, in the next three years or so, how would it sell? Existing Wii U owners may be dismayed they have to upgrade to another Nintendo system already, and current Xbox One and PS4 owners will have already made their choice for the console generation, as only a fraction of the market owns more than one major console given their high cost. Nintendo would be debuting a new console in the middle of a generation that’s already saturated with consoles, and years out, would probably have lower price points to boot compared to a brand new Nintendo system. 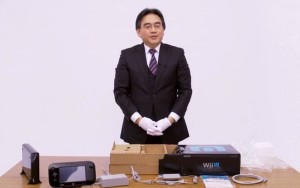 But if Nintendo is to stay in the hardware game, this seems like the only plausible way forward for them. Despite Zelda and Starfox supposedly coming in the next year or two, the biggest games of any Nintendo generation, Mario Kart and Smash Bros, have already come and gone. The Wii U will continue to feel more and more dated as time goes on, and it’s hard to imagine a resurgence for it. Recently Nintendo executive have said that “one great game” could save the system, pointing to how Pokémon extended the life of the Game Boy for years, but it’s hard to bank on Nintendo pulling that same rabbit out of the hate twice. Ironically, the only game I can see doing that would be a fully-fledged console Pokémon RPG, something Nintendo seems determined never to make for reasons that forever elude me.

It’s a frustrating situation because Nintendo does so much right in the industry right now, and it’s maddening to see that their biggest problem is their inability to make a modern console that can play the kind of third party games that Nintendo needs to bolster their roster and better their market position. But all the solutions seem like hard, if not impossible answers. Nintendo has survived a good long while now, but their decisions about what comes next for them are going to be incredibly important if they want to remain a fixture in the industry for decades to come.