by Spencer Campbell Transparency isn’t the norm in video game press conferences, and in some ways it’s for good reason. When games are shown for the first time, they’re often far from being finished, so laying everything out on the table for consumers to witness would be to the game’s detriment. But sometimes morals get muddy when it comes to […] 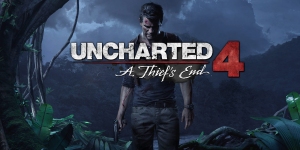 Transparency isn’t the norm in video game press conferences, and in some ways it’s for good reason. When games are shown for the first time, they’re often far from being finished, so laying everything out on the table for consumers to witness would be to the game’s detriment. But sometimes morals get muddy when it comes to press conference transparency — for example, Ubisoft’s Watch Dogs premiere.

E3 2012 generated a metric butt ton of buzz, but no game created more of a clamor than Watch Dogs. The slick graphics and fast gameplay impressed many outlets across the web, winning it many Best of E3 awards without even being playable on the showroom floor. Then more details about the game were released.

It became obvious that Ubisoft was less than honest about how great their game looked. At first, graphical comparisons between the E3 video and later released gameplay videos revealed lower quality textures, weather effects, and lighting. Then, claims of 1080p and 60 fps were dropped until eventually we were left with a game that looked and played middlingly at best. Watch Dogs wasn’t a life-changing, game of the year bombshell. And that would have been fine, if it hadn’t been for the dishonest E3 trailer back in 2012. We were all promised an impressive experience that had to be delivered via a fan made mod for PC after release.

Which is why I’m unabashedly happy that Nathan Drake fell through the game world during the gameplay demonstration at the PlayStation Experience. Since the reveal and subsequent disappointment of Watch Dogs, I’ve been incredibly wary about submitting to any hype caused by trailers, but I’m not afraid to be excited for Uncharted 4. Nathan Drake falling infinitely into the abyss showed a devotion to transparency from Naughty Dog. By showing off a game that was a little rough around the edges, the development team was saying what their game “will be.” The utter perfection surrounding the Watch Dogs trailer showed off what that game “could be,” and ultimately wouldn’t live up to.

Bringing someone on stage to play a live demo is risky. It’s usually reserved for motion controlled games to prove that, “Hey, it really works, I swear,” and even then sometimes it doesn’t, and it’s never looked good. It wreaks of desperation, but the Uncharted 4 demo was less about alleviating players’ doubts and more about the developers letting their work speak for itself. And on that fateful day, December 6th, Uncharted 4 decided to poop the bed.

The fact that a developer as big as Naughty Dog took a risk and trusted their product not to mess up shows a pronounced confidence that a prerendered video, no matter how perfect, could never bring.