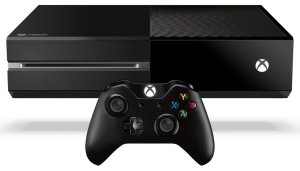 Kinect has been scrapped. Its price has been cut. Games have been given away for free. Despite many aggressive initiatives, Microsoft cannot seem to boost sales of its ailing Xbox One video game console.

Microsoft’s latest promotion involves all three: The Windows-maker is now offering the Kinect-less Xbox One to American consumers for just $350 with a game — a nearly 40% discount from the suggested retail price last November. Although it seems like a great deal, Microsoft has dug itself a deep hole — Sony’s lead appears insurmountable.

Pachter’s prediction
Some may be inclined to dismiss my claims as outlandish — after all, it’s only been one year. If their predecessors serve as any indication, Microsoft’s Xbox One and Sony’s PlayStation 4 could be competing at retail for the next decade. Much can change in the years ahead.

While it’s certainly possible for Microsoft to turn it around, it’s hard to see what it could do — save giving the Xbox One away — to close the gap.

No one can say Microsoft hasn’t tried. Bundles were the first attempt — in March, Microsoft gave Xbox One buyers a free copy of Titanfall, at the time, the Xbox One’s most desirable game. Nevertheless, Sony’s PlayStation 4 won out, outselling the Xbox One in March and April.

In May, Microsoft cut the Xbox One’s price by 20%, announcing a $399 Kinect-less version. But again, it made no difference, and Sony’s console continued to widen its lead over the summer. Then, in September, Microsoft upped the ante even further, announcing that it would give Xbox One buyers a free game of their choice. That meant that, for $400, buyers could get an Xbox One and two games assuming they took advantage of the available Madden and Forza bundles.

All told, Sony has now sold 13.5 million PlayStation 4s worldwide — likely more than double what Microsoft has sold. I say “likely” because Microsoft has not been forthcoming with Xbox One sales figures — last quarter, it said it sold 2.4 million Xbox consoles, but it declined to break out the number of Xbox Ones from sales of the older Xbox 360. Prior to that, in April, it announced that it had shipped 5 million Xbox Ones, but did not say how many consumers had actually purchased.

Insurmountable network effects
In contrast to Microsoft, Sony has done virtually nothing — the PlayStation 4 still retails for the $399 it debuted at last year, effectively highlighting the futility of Microsoft’s struggle: If the Xbox One can’t catch the PlayStation 4 now, just wait until Sony cuts the price or runs a promotion of its own.

Several factors explain Sony’s lead (a more powerful console, better marketing, a more friendly stance toward used games), but are mostly irrelevant at this point. Going forward, the single factor most likely to determine sales success is outside both companies’ control.

Sony now has 7.9 million PlayStation Plus subscribers, the overwhelming majority of which are likely to be PlayStation 4 owners (the rising popularity of PlayStation Plus has coincided with strong PlayStation 4 sales). PlayStation Plus membership confers a number of benefits, but it primarily serves as a way to access online multiplayer — a central component of the most popular games. Destiny, for example, is online-only: Gamers must play on servers, primarily with (and against) their friends. With 9.5 million registered users, many are.

Microsoft’s former Xbox head, Don Mattrick, once observed that the “first company to reach 10 million in console sales” often wins the console war. With online play such a central component of most games, network effects run deep — gamers can play with their friends only if they both own the same console. Success begets success, as gamers whose friends own PlayStation 4s are highly incentivized to purchase PlayStation 4s of their own.

Microsoft may go down swinging, but the damage appears done. Barring a miracle, Sony has this one in the bag.