Why you need to buy a 2TB hard drive for PS4

by B.M. Garrett In November the PlayStation 4 will celebrate its first birthday (it really has been one year already) and a lot of gamers across the globe have been nothing but impressed with the new generation. But with the better games, graphics, and improved functionality has come a growing demand from gamers looking for the best PS4 hard drives […]

In November the PlayStation 4 will celebrate its first birthday (it really has been one year already) and a lot of gamers across the globe have been nothing but impressed with the new generation. But with the better games, graphics, and improved functionality has come a growing demand from gamers looking for the best PS4 hard drives to upgrade the PS4.

Gone are the days of the PS2, when a 128MB memory card was enough. Now even the 500GB HDD included with the PS4 can seem small. Installing games is compulsory and that means up to and above 50GB is taken per title. On top of that there’s also DLC, apps, music and videos. It’s now the case that 500GB is the bare minimum.

Upgrading the HDD of your PS4 to a 2TB (TeraBytes) drive is highly recommended. It’s going to provide a huge chunk of extra space that will allow you to get the most from your PS4 – plus a little extra on top of that. Here are just a handful of the reasons why you should upgrade your PS4 hard drive to 2TB.

One of the biggest reasons to buy a 2TB hard drive for PS4 is pretty obvious. Now that games can’t be played without prior installation, the stock hard drive can run out of space pretty quickly once you build up a collection of great PS4 games.

If you choose not to upgrade, the process of uninstalling a game just so you can play another can be a real pain. It doesn’t seem like an issue at first, but it doesn’t take long before the original 500GB of memory begins to fade away.

To put things into perspective, the upcoming PS4 edition of GTA V
is expected to take a minimum of 50GB. That may only be 10% of the included HDD, but when you consider the amount taken up after installing several games, a 2TB drive is 100% necessary.

Upgrading will eradicate the problems that come with a growing game collection and allow you to have at least 30 games installed at any one time with no issues.

Apps taking up space on your PS4 hard drive

For several years now, PlayStation consoles have offered more than just a gaming experience. Dozens of apps are available on the PS4, from Amazon Instant Video and Netflix to Hulu and the IGN app.

Sure, these might not take up the same amount of memory that installed games do, but once a few apps have been downloaded they start to make a difference. It’s also the case that more and more apps are being made available as Sony continues to expand their services.

Given that the new generation now offers an all-round entertainment experience, this is yet another reason to upgrade the hard drive of the PS4. Doing so is going to ensure nothing can stop you getting the most from your system.

Whether you’re streaming sports or your favorite shows and movies, upgrading your PS4 hard drive means there really is no reason to miss out. 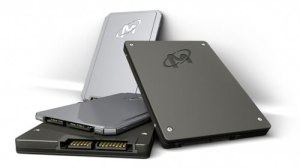 Like the games themselves, downloadable content plays a huge part in choosing to expand the hard drive. DLC is no longer something that mainly appeals to the most dedicated gamers.

It’s rare now that a title will not offer some extra content, and bonus content can start to take up that stock 500GB pretty quickly. A good example is the Devastation DLC for CoD: Ghosts, which alone takes up 5GB.

A couple of downloadable extras for each of your favorite titles can quickly add up to a good portion of space on your PS4 hard drive.

It’s really not worth settling for the bare minimum of memory when all this extra content – most of which is unmissable – is available. A 2TB hard drive means no more picking and choosing which content needs to be deleted to make room for more. You’ll be able to have it all.

Entertainment can easily eat up your PS4 HDD storage space

Like apps, enjoying other forms of entertainment – including movies, music, photos and more – is a great way to get more from the PlayStation 4. But these perks can also be a big drain on storage space.

For example, some 1080p HD movies can take up at least 5GB, and if you use your PS4 as a multimedia hub (as many do) space runs out pretty quick – especially when there are also games and apps using valuable HDD space.

A 2TB hard drive is now the standard for most PCs, which are often filled with media, so why should your console settle for any less?

The boost in hard drive storage will give you the edge that allows seamless gaming and entertainment, without having to worry about wiping out the space needed for everything else.

It wouldn’t be right for us to tell you all this without recommending a sound hard drive to max out the hard drive storage of your PS4 – and none are better than Samsung’s 2TB Seagate Momentus Spinpoint .

Aside from being manufactured by one of the most trusted brands in tech, it’s one of the only 2TB hard drives currently available for the PS4. Amazon reviews for this HDD are glowing (it’s got a five star rating from 113 reviews) and most come from gamers who’ve purchased it specifically for their PlayStation 4 console.

Currently at a price of $115, down from $150, it’s a great deal. Quality is guaranteed and this model will max out a PS4 with all the space a gamer needs in their console.

If you’re still having doubts about the need to upgrade that stock 500GB HDD, trust us, you won’t regret it.

As a PS4 owner you’re no doubt already aware of the growing demand for space and, though you may not have quite maxed out your hard drive just yet, it’ll likely happen eventually. Especially with all the PS4 games coming in the near future.

Taking the plunge and picking up Samsung’s 2TB drive will mean no more storage dilemmas. There’ll be room for dozens of games, hundreds of movies and all the apps you could need to get the most from your PS4 console. What are you waiting for?