by Chris Reed It’s a rare game these days that offers a high level of challenge. Most popular games are carefully play-tested and tweaked to offer a gentle difficulty curve. It makes sense: if you spent years making a game, wouldn’t you want as many people as possible to experience the entire thing from start to finish? That said, when […] 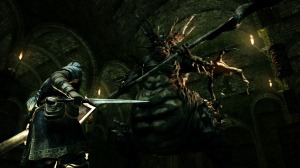 It’s a rare game these days that offers a high level of challenge. Most popular games are carefully play-tested and tweaked to offer a gentle difficulty curve. It makes sense: if you spent years making a game, wouldn’t you want as many people as possible to experience the entire thing from start to finish?

That said, when a game comes along that uses exceptional difficulty in a smart way, it can give players a truly rewarding experience. To beat these games, you must pay attention, learn and adapt, and you can’t give up. But when you succeed? Oh man, it feels good. It feels like you’ve accomplished something — because you have.

Below is a list of some of the best challenging games that are worth the effort. These are games that pull no punches and give no quarter. They’re also games that give you a feeling of deep satisfaction when you finally do beat them. 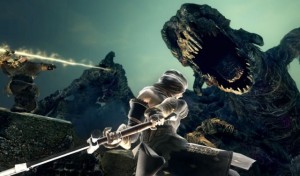 The Souls series — which encompasses Demon’s Souls, Dark Souls, and Dark Souls 2, with Bloodborne coming next year — is far and away the highest profile set of games that fit the bill of being super challenging, but worth the effort. Just the fact that these games keep coming out is proof that a substantial number of gamers crave the kind of challenge they deliver.

For my money, the original Dark Souls is the best game in the series. It’s better balanced and easier to wrap your head around than Demon’s Souls. It’s also a little better designed than its sequel. If you’re not sure if you’re up to the task, feel free to use the guides and hints you can find online. There’s no shame in that, and they’re likely to save you a lot of time and frustration as you acclimate to the series. If you find that you enjoy the game, try playing another entry in the series without assistance. 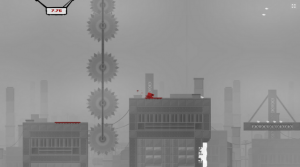 Once you get past the fact that the main character is a squishy hunk of raw meat, you’ll find Super Meat Boy to be a surprisingly fresh take on the platforming genre. There’s no real gimmick to the gameplay here, so you’ll spend all your time running and jumping to get from point A to point B. The only problem is that deadly obstacles are everywhere. Depending on what level you’re in, these may come in the form of saw blades, enemies, or piles of salt — all of which kill you in a single hit.

This might be frustrating if not for the game’s brilliant design. Meat Boy has the perfect amount of inertia, making the controls incredibly tight. When you die (and you will die a lot), you respawn instantly at the beginning of the level, ready to try again. There’s very little punishment for your failure, which makes you always want to give the tough parts another shot. 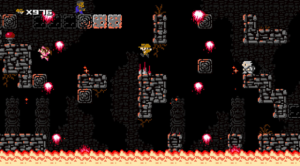 Another game that’s designed to kill you at every turn is 1001 Spikes, a side-scrolling platformer with a very different feel from Suer Meat Boy. While all of the games on this list demand technical proficiency, 1001 Spikes requires you to play each level again and again, sussing out exactly where the danger will come from. Platforms crumble beneath your feet, spikes pop up in the most unlikely of places, and rocks plummet from the sky without any warning whatsoever.

There’s really no way to complete these levels without a lot of trial and error. That may put some people off, but if you don’t mind throwing yourself at a problem again and again, crossing the finish line can give you an exhilarating rush. No matter how good you are, there’s no way you can know where death lurks until you die. 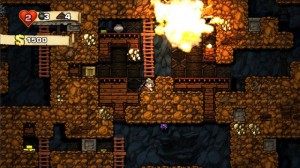 Before we talk about Spelunky, we have to talk about roguelikes. A roguelike is a game with randomly generated levels and something called “perma-death.” That means when you die, you lose all the progress you’ve made, and start back at the very beginning. The name “roguelike” comes from Rogue, the 1980 computer game that’s credited with kicking the genre off.

Spelunky is a roguelike. It’s a side-scrolling platformer made up of randomly generated levels, which means no two play-throughs will be exactly the same. The thing is, it’s a long game that takes several hours to complete, so when you die and have to restart from the beginning, it can be a little disheartening (to put it mildly). But for all you lose, you also learn a lot with every play-through. Most people who see Spelunky through to the end spend weeks or months playing before they have a chance to fight the final boss. But by the time you do, no one can say you haven’t earned it. 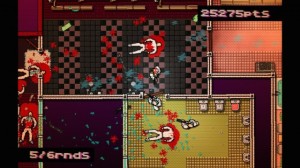 Some games have brutal difficulty, while others have brutal violence. Hotline Miami has both. This game is retro in just about every sense of the word. It has an 8-bit aesthetic (in fact, it’s kind of ugly), and a difficulty level that may make you throw your controller across the room. Thankfully, it also has a forgiving checkpoint system, so you never lose too much progress when you get one-hit killed.

In Hotline Miami you play as a hitman who receives mysterious phone calls, telling you where to go and who to kill. When you get to the location, without fail, it’s a building that’s crawling with bad guys. You can scope out the level, plan your attack, and then attempt your killing spree. It almost never works out the first time you try (or the first 12 times), but once you start, this is a game you’ll want to see through to the end. 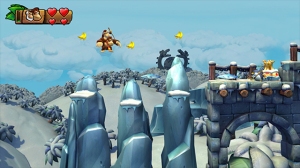 It’s weird to think of a Donkey Kong game as being challenging. He’s so cute and lovable! He’s a cartoon gorilla, for crying out loud! Those things are true, but it’s also true that the levels in this game are designed to kill you. Despite its kid-friendly looks, this is no kiddie game.

The levels in this game are incredibly dynamic, with all kinds of moving parts that can snuff out your life in the blink of an eye. Misjudge a jump or a cannon shot, or simply bump into a deviously placed enemy, and it’s game over. But for all its difficulty, this really is a brilliantly designed game. Each level introduces new ideas that are a blast to experience — even if you die so many times you end up experiencing them over and over. 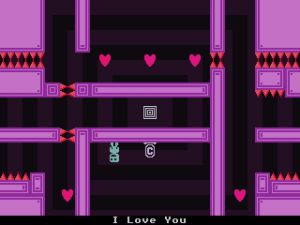 Another retro-style platformer is VVVVVV (that’s six Vs, for those counting at home). In this game, you can move left and right as usual, but when it comes to jumping, things get a little wonky. Instead of being able to do normal jumps, in this game you actually flip gravity, so your feet will leave the ground and you’ll go sailing toward the ceiling, where you can run around until you flip gravity again to come back down.

It’s a great idea, and the controls respond as quickly as you can push the buttons. However, flipping gravity doesn’t come natural to us humans, so expect to strain your brain as you try to navigate between fast-moving enemies and avoid spikes at the same time. (Spikes are everywhere in this game.) Again: a forgiving checkpoint system is in place to save you too much trouble when you die. But this is a game of reflexes, and you’ll be surprised by how quickly you can pass through environments you would have thought impossible just a few minutes ago. 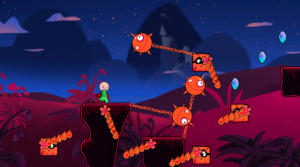 This tough-as-nails game is also a side-scrolling platformer. (Are we seeing a pattern here? Yes we are.) The levels are randomly generated, but they’re always beatable in the sense that it’s technically possible to beat them. Whether you’re able to do so or not is a matter of skill and luck.

The game doesn’t start out so hard, but as you progress more and more, swinging maces and rotating fire rods populate the levels. Then come the lasers, spike pistons, collapsing platforms, and lava columns. By the end, the majority of the screen is taken up by traps and enemies, and it’s all you can do to survive a few seconds at a time. Thankfully, the game has infinite continues and quick respawns.