Skip to content
Is Sony Betting Its Future on PlayStation 4 and Games?
Opinion Piece

Is Sony Betting Its Future on PlayStation 4 and Games?

by Daniel Kline September 24, 2014 | Comments (1) Sony (NYSE: SNE ) has had very little to be happy about in recent years, but its games division has been a rare bright spot in a sea of disappointments. PlayStation 3 was a huge success and now PlayStation 4 has gotten off to a strong start, which has led the […] 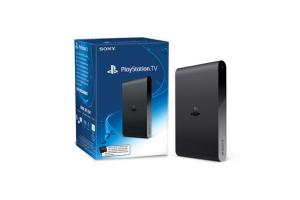 Sony (NYSE: SNE ) has had very little to be happy about in recent years, but its games division has been a rare bright spot in a sea of disappointments. PlayStation 3 was a huge success and now PlayStation 4 has gotten off to a strong start, which has led the company to increase its efforts in gaming with new initiatives planned involving streaming video games, a $99 PlayStation TV, and the Morpheus Virtual reality headset.

Though Sony has been losing money and recently increased its forecast for how much it expects to lose in the current fiscal year to $2.12 billion, the company plans to increase its investment in gaming. That makes sense because sales in the company’s Games & Network Services division increased 95.7% year over year in the most recent quarter, driven in part by the sale of PS4 hardware, the company reported in its most recent earnings release.

Games have been good
The division even eked out a profit of $43 million for the first quarter, which is impressive because consoles themselves are essentially a break-even proposition that lead to future sales opportunities for games, apps, and other software. The November 2013 launch of PS4 actually helped Games and Services reverse its fortunes as its revenue had slipped and profits had dropped from 29.3 billion yen in 2012 to a barely there 1.7 billion yen in 2013. The games division contributed only 7.8% of sales for 2013, but it’s clear that there is an opportunity to grow games’ contribution and use games to help other areas of Sony.

Better yet, the best appears to be ahead of the division. While Sony was increasing its overall expected loss forecast, Sony Computer Entertainment CEO Andrew House told Reuters earlier this month that he “hopes he can again raise the division’s profit forecast for the year to end-March. Sony pushed up that forecast in July to 25 billion yen ($230 million) from 20 billion yen,” the news service reported.

With Sony’s mobile division facing huge losses and massive cuts, and the company already exiting the PC business, it seems increasingly likely that gaming and the PS4 will play a major part in whether Sony survives at all.

What’s next for Sony games?
Because of the success of the PS4, House told The Wall Street Journal that the company plans to create a service to stream video games onto smartphones, tablets, and other devices. Those devices would not be limited to ones made by Sony.

“A streaming-based approach needs to have a very wide funnel of devices, and that inherently means a broad- and manufacturer-agnostic approach,” House told the paper without giving a timetable for its launch.

The company also plans to build on the success of PS4, which, at over 10 million consoles sold, has doubled sales of Microsoft’s (NASDAQ: MSFT ) rival Xbox One. (My fellow Fool Andrew Tonner broke down the sales difference in a recent piece titled “The Sony PlayStation 4 Continues to Put the Microsoft Xbox One To Shame.”)

One way it’s doing that is last week Sony made available software that allows game developers to more easily create titles for PS4, which should increase the amount of games available. The company also used the recent Tokyo Game Show 2014 to show off its Morpheus virtual reality headset, which has been in development since 2011 but now looks closer to an actual release. Morpheus will originally target heavy gamers, but the Journal said Shuhei Yoshida, who is in charge of the project, hoped it would deliver “whole new experiences” for non-gamers.

On Monday, Sony also set an Oct. 14 release date for its previously announced PlayStation TV. The small console costs $99.99, or $139.99 with controller, and should serve as a competitor to Amazon.com’s (NASDAQ: AMZN ) Fire TV as well as Nintendo’s (NASDAQOTH: NTDOY ) original Wii. It launches with nearly 700 games available, including a number of well-known titles, giving Sony a viable option for people unable to spend $399 on a gaming system.

The company is also leveraging the success of PS4 to attempt to find some audience for its Xperia Z3 tablet (as well as other Sony-made tablets) and help the fortunes of the company’s reeling mobile division. The Z3 will offer the ability for gamers to access their PS4 console via home Wi-Fi to play actual PS4 games on the tablet using the console’s controllers. It’s a bit of a gimmick, as the user is already home, and playing on a big screen is a better experience, but offering the service exclusively on Sony tablets could raise interest in those devices. The tablet has been on sale since Sept. 4, but the PS4 integration does not launch until November, according to ZDNet.

Games are Sony’s future
Sony is in trouble and the foundation being built with PS4 could give it stability and allow the company to launch some new, profitable products and services. With a lineup that includes a high-end console, as well as an inexpensive one, the company is positioned to offer something for everyone.

The PSTV could ultimately serve as a stepping stone product that leads people to PS4 but even if it doesn’t it puts Sony’s online store into even more living rooms. Games alone may not save the company, but they certainly will be a big part of any turnaround.