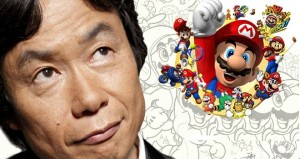 “[It’s just] a bigger iPod touch,” said Satoru Iwata, Nintendo’s CEO, in response to Apple’s unveiling of the first-generation iPad back in 2010.

Iwata wasn’t necessarily wrong, but Apple has clearly had the last laugh: The explosion of mobile gaming, led in large part by Apple’s iPad, has had a devastating effect on Nintendo’s business. Nintendo’s handheld DS and Wii living room video game consoles, released in 2004 and 2006, respectively (long before the iPad), were somewhat of a popular phenomenon, moving a combined total of over 250 million units.

But their successors, the 3DS and Wii U, have been far less successful. The Wii U, in particular, has fallen short of Nintendo’s expectations, while the 3DS is on track to sell barely a third as well as its predecessor. As of Nintendo’s last report, the two systems have combined for just over 50 million units sold.

With its hardware rejected by the market, some investors have called on Nintendo to shift its focus to established mobile platforms, bringing its legendary franchises like Super Mario and The Legend of Zelda to Apple’s iOS.

But Shigeru Miyamoto, Nintendo board member and creator of both franchises, has some harsh words for mobile gamers. In a recent interview with Edge magazine, Miyamoto derided the casual approach these platforms endear.

“In the days of the DS and Wii,” Miyamoto told Edge, “Nintendo tried its best to expand the gaming population.”

The DS, and to a much greater extent the Wii, sold well because of their appeal to consumers who had traditionally avoided video games. During the Wii’s heyday, in 2006 and 2007, the mainstream press was flooded with articles marveling at the Wii’s widespread appeal. Nintendo found willing consumers in unusual places — even nursing homes.

But times have clearly changed — many of these consumers have moved on. More adult women now play video games than teenage boys (the traditional video game market), but only because of the rise of mobile platforms — where women spend more time and money on games than men.

“Because of the spread of [smartphones and tablets], people take games for granted now,” Miyamoto quipped to Edge. “The sort of people who, for example, might want to watch a movie. They might want to go to Disneyland. Their attitude is, ‘OK, I am the customer. You are supposed to entertain me.’ It’s kind of a passive attitude they’re taking, and to me it’s kind of a pathetic thing.”

Miyamoto’s status in the video game industry is unparalleled, but his comments to Edge reek of sour grapes. Now that these casual gamers have moved on to other platforms, Miyamoto insists that Nintendo is happy to see them go.

“It’s a good thing for us, because we do not have to worry about making games something that are relevant to general people’s daily lives.”

Nintendo refuses to change its strategy

Unlike other operating systems, Apple’s iOS and OS X are only available to buyers of Apple-made products. Similarly, Nintendo has long kept its games confined to its own hardware, and if Miyamoto’s comments are any indication, that strategy does not seem likely to change anytime in the near future.

“There are always people who really want to get deeply into a game … We want to create, and they want to experience, something unprecedented all the time. For us to meet these goals, we needed dedicated hardware that is designed to cater to the needs of these avoid gamers … That’s why I believe that Nintendo … will be sticking to these dedicated game machines.”

There’s already evidence that Nintendo is beginning to embrace this new, enthusiast-focused strategy.

The Wii’s remote was notable for its relative lack of buttons — just four, compared to nearly a dozen on other controllers. But the buttons are back: Last week, Nintendo unveiled an update to its 3DS — a new version of the handheld packs two additional shoulder buttons and a second analog stick. The new 3DS also offers swappable faceplates and connectivity with its forthcoming Amiibo figurines — initiatives that should generate additional revenue from its most committed customers.

Nintendo’s stubbornness could guarantee future losses
Although Nintendo has a sizable cash hoard — about $7.5 billion as of the end of June — the company has struggled to remain profitable in recent quarters, posting a more than $200 million loss last fiscal year. While it was courting a casual audience, core gamers have largely migrated to the PlayStation and Xbox brands, leaving Nintendo with far fewer customers with which to sell its games to.

Without the support of third party publishers, and their popular franchises like Call of Duty, Madden and Grand Theft Auto, it’s difficult to imagine Nintendo succeeding in this new endeavor.