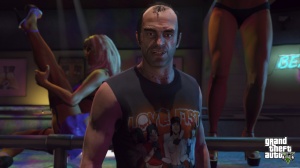 Release of Grand Theft Auto V for the PlayStation 4, Xbox One, and PC has not been delayed, Rockstar confirmed in response to recent rumors that surfaced the internet. Apparently, the source of the rumor was a video posted by VG247, with the website claiming that “there was plenty of chatter of a next-gen slip of GTA V at gamescom.”

When a PC player contacted Rockstar Support to seek clarification, the developer responded by assuring him that the rumor was not true.

I’m also looking forward to the PC release, however this release date has not changed. Please see our support article, “Grand Theft Auto V Release Date on PlayStation®4, Xbox One, and PC” for the most recent information on this topic.

Although the response was to a fan who specifically asked about the PC version, do note that its being released alongside the PS4 and Xbox One versions. As suggested by the response, the answer applies to all platforms.

A few days ago, UK retailer GAME announced a release date of November 1 for GTA V on Twitter, but later apologized for the mistake. It remains to be seen whether GAME actually got it wrong or let the date slip. But at least we can relax and keep GTA V on our Christmas wishlist.