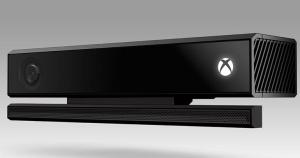 Microsoft’s motion-tracking Kinect 2.0 sensor was supposed to be what differentiated the Xbox One from the competition. It was more than just a way to talk directly to your console: it was a tool designed to transform the game machine into a social and media hub, the tip of the spear in Microsoft’s fight to take over your living room. More than anything, it was supposed to be way, way better than the first Kinect.

Today, though, it seems little more than an afterthought.

The decision to decouple Kinect from the Xbox One in May was surprising only in that it took the company a good year to do so. We certainly saw this coming: the company spent most of 2013 backtracking on its initial plan that the Xbox One couldn’t exist without Kinect. That simply wasn’t the case.

Unbundling Kinect also made sense on paper, allowing Microsoft to lower the price of the system to better compete with the PlayStation 4. But since that move, the company has had very little to say about its once heralded accessory. And while Kinect is still very much available, the ongoing silence has many people wondering if Microsoft is essentially walking away from the device.

At its recent press conference before the Gamescom show in Germany, for instance, Kinect wasn’t mentioned at all. At E3 2014 in June, it was mentioned in a quick announcement about a new Dance Central game, but otherwise flew under the radar.

Microsoft, not surprisingly, has downplayed talks that it’s de-emphasizing Kinect.

“That wasn’t, in any way, to make any editorial statement about the future of Kinect,” Phil Harrison, corporate VP at Microsoft, told IGN after the Gamescom press event. “It’s just that these were the games we wanted to highlight in our briefing. The games that we focused on in our briefing were the blockbusters and exclusives for this holiday, 2014.”

“We let the developers choose [whether they want to use Kinect],” he said. “It’s one of the tools that they have in their tool belt for taking advantage of the Xbox One, and we hope they continue to do so.”

Punting the decision to use Kinect over to publishers is a graceful way for Microsoft to take a hands-off approach to its fate. That’s because developers have no real incentive to use the controller, given that creating a Kinect-less game gives game makers 10 percent more graphical processing power to tap into. The development system update that followed the Kinect decoupling, in fact, let game maker Bungie increase the resolution of the Xbox One version of Destiny.

Four years ago, Rare studio head Scott Henson, announced the company’s allegiance for the peripheral, saying “Kinect will be the main focus for Rare going forwards as it’s a very rich canvas. This is just the beginning of an experience that will touch millions of people.”

At Gamescom, though, Xbox studio head Phil Spencer, in discussing what’s next for Rare, downplayed the relationship.

“I don’t want the Rare brand to mean Kinect Sports,” he said.

Kinect hasn’t been completely buried. In a prominent television campaign, actor Aaron Paul showcases its features (inadvertently turning on existing Xbox Ones around the country).

However, when that ad comes to the all-important price screen, the $399 non-Kinect version of the Xbox One is shown, presumably the version people will seek out at retail.

And Kinect games? There are only a handful in the pipeline right now: Disney’s Fantasia and Dance Central Spotlight from Harmonix, Shape Up and Just Dance 2015 from Ubisoft, Fruit Ninja Kinect 2 from Halfbrick Studios, and the clever puzzle-platformer Fru from indie outfit Thought Games.

That’s a pretty meager crop, and at least one major publisher isn’t exactly gearing up for more.

“It depends which hat I put on,” said Ubisoft CEO Yves Guillemot, when asked about his thoughts about Microsoft downplaying Kinect at E3 this year. “When I put on the casual hat, it’s not good, for sure. We have less families with a camera. So it’s more difficult for [Ubisoft] to do content for families. [However,] when I put my gamer hat on, it makes sense.”

Without a significant slate of upcoming games to help promote it, Kinect in its current form seems destined for the bargain bin. It might not be dead yet, but it isn’t moving much.